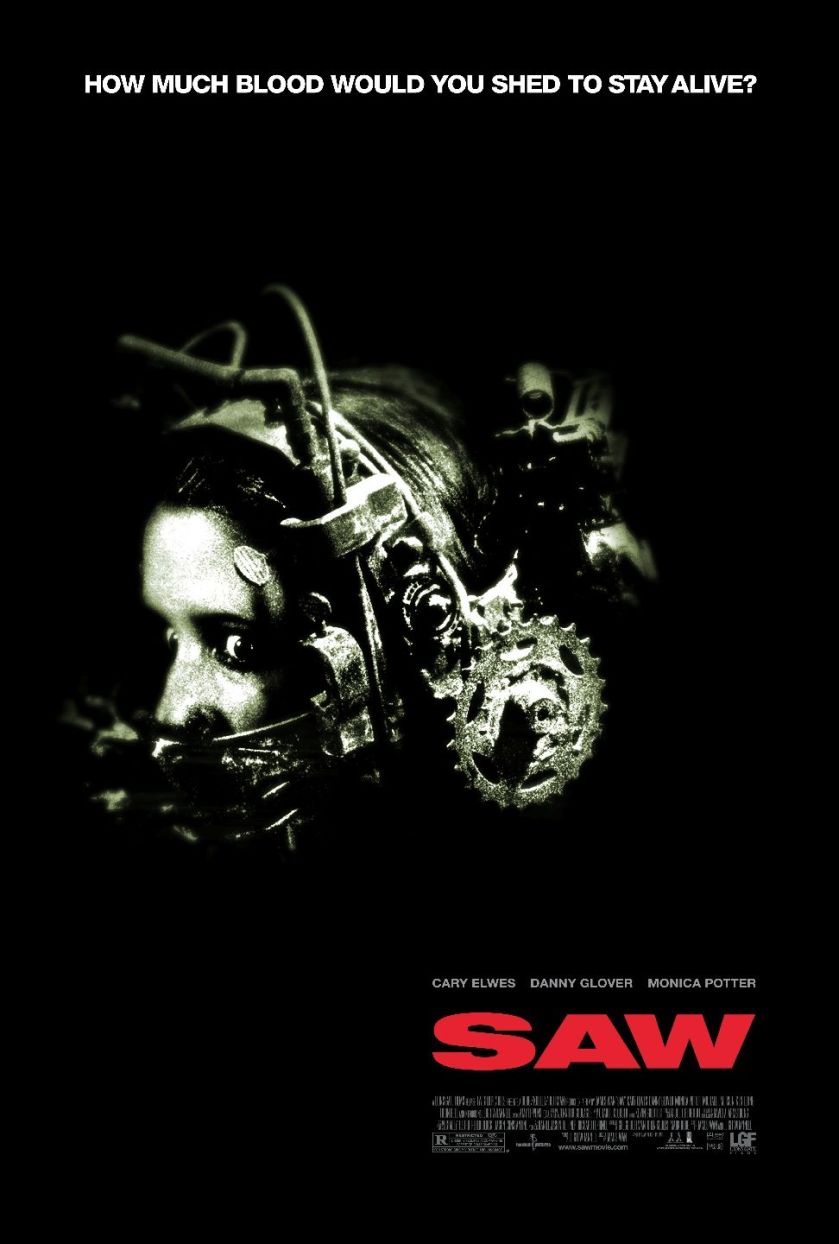 It’s mostly nonsense, but it’s an admirable piece of nonsense.

Let’s get the obvious out of the way. I still meet some people who are impressed by the ‘ideas’ in this film. Jigsaw’s ideas are retarded. Not only do they sound bullshit to anyone a little familiar with antinatalism or right-to-die (This is what happens when people are unfamiliar with pessimistic philosophy), but it doesn’t make sense. Jigsaw rambles about appreciating life, yet he clearly doesn’t. His games are cruel and impossible to win. Plenty of times other people have to die. A person who appreciates life wouldn’t put them in such dangerous situations. Moreover, these horrifying experiences leave people with PTSD. People with PTSD hardly end up appreciating life. They have a high suicide risk.

But Saw is nonsensical from the start, but it’s nonsense with spirit. Somewhere around here is a brilliant, slightly silly and slightly deep psychological thriller. This could’ve easily been Se7en‘s and Cube‘s weirder brother. Jigsaw barely has a presence here, anyway.

For a while, this goes really well. The film moves like a point-and-click game. Writing characters with unique reactions to their surroundings how you avoid directing an actual video game and it works. Lawrence and Adam, even if they aren’t the deepest characters, react differently from the very beginning. 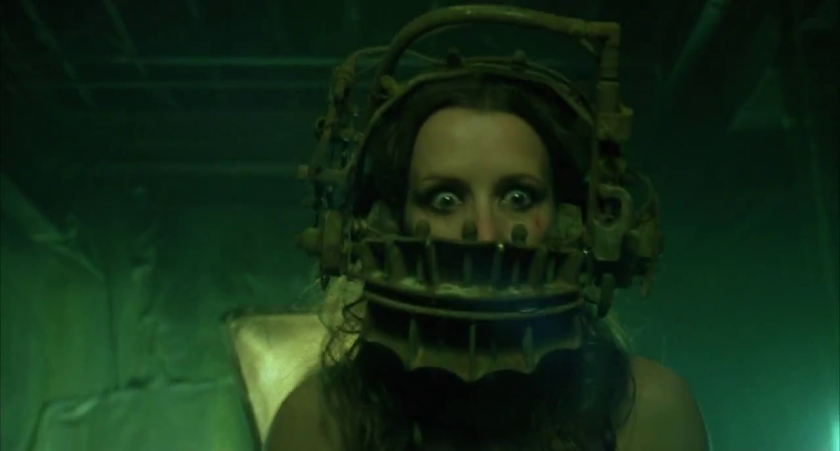 The art direction is also important, and that’s something the franchise never lost. If you’re telling your story using visuals, make those visuals count. Saw has a rusty, industrial aesthetic. Very few scenes depart from this. Jigsaw’s concept may be moronic, but at least he has a style of his own. The ‘games’ often consist of rusty, broken-down machinery and the rooms always look decrepit and falling apart. It’s the visual equivalent of Industrial Music and I mean that in the best way possible.

Another important aspect – and Saw’s biggest contribution to the world of cinema – is the soundtrack. It’s almost sad how one of the best scores in film history is wasted on this. The ending theme isn’t the only highlight although it’s so epic it should appear in every film. Clouser did a brilliant score consisting of creepy ambiance, metallic drums and buzz-saw guitar riffs. The last 30 minutes owe half their intensity to the soundtrack. A rusty world consisting of broken machinary demands the sound of these machines in the soundtrack.

Clouser is a versatile composer, so it’s not just those noises that are effective. Throughout the films there are some melodies and rhythms. They’re just as important at adding tension. What makes Clouser’s score so different is the fact he chose a specific sound that fits the film’s visual style. Most composers just stick an orchestra that gets louder in the climax. Clouser uses a few strings, but “Hello Zepp” has those rusty electronics, too. Listening to the soundtrack alone, it’s easy to forget how the film doesn’t live up to its promise.

The film has various flaws, but it’s hard to pinpoint the big problem. Something those hold the film back from being Very Good, but what is it? It’s not the ridiculousness of the premise. Jigsaw’s presence isn’t felt too much and the twist in the end is just too bizarre to hate. Unlike other claustrophobic thrillers there are plenty of scenes in the outside world, but that’s a better option than info dumps. The direction feels amature-ish, but the unique aesthetic and odd premise points to an undeveloped but unique mind.

Perhaps it’s the needless sadism. The film isn’t as cruel as later installments, but these moments still feel wrong. The fact we’re meant to somewhat agree with Jigsaw is plain sick. He’s a psychopathic torturer who disregards human life and basic rights. The camera often lingers on people screaming in pain, which is uncomfortable. These characters are just pawns in the game anyway. Seeing them being tortured and crying in pain isn’t easy because of that. It’s their lack of humanity that makes their suffering so hard to watch, but also unpleasant and pointless. Fictional characters don’t exist, but they’re meant to portray living human beings. The disregard the creators show for them is unsettling.

Other small flaws are easy to forgive. The characters may lack a deep psychology, but Gordon and Adam react to the world in their ways. The actors aren’t great but they do put effort. Even little utterances and phrases are spoken differently. The best example is Michael Emerson as Zep. Although the script gives him no unique lines, he imbues his character with the instability that a person in such a position would suffer from.

3 Industrial guitar riffs out of 5