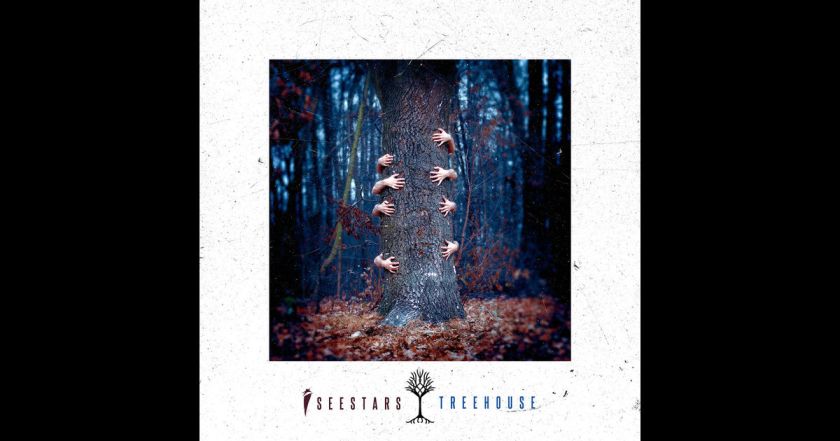 I See Stars produced one of the finest metalcore songs in “Ten Thousand Feet”. It was an astonishing achievement. While it wasn’t catchy, it had deep textures using Trap music, a dynamic but focused structure, a beautiful melody and a strong candidate for heaviest breakdown ever. If the song is about a plane crashing, the breakdown at the end is the aural equivalent. There’s a similar, brilliant breakdown here in “Mobbin’ Out”.

They can make good heavy music, but their reliance on heaviness was always their undoing. After transforming into an artistic Trancecore band, the guitars always drowned out the vocals. You kept waiting for a beautiful texture or for a bass drop only to have the guitarist chug all over it with the dude screaming nonsensical lyrics. One song like “Ten Thousand Feet” is enough, but when the dance section of “NZT48” is barely a minute long despite being the band’s finest hour, it’s clear they’re is holding themselves back.

The departure of the screaming vocalist and the guitarist was a blessing. No Trancecore band will benefit more from getting rid of their heavy side. I See Stars’ charm wasn’t in the contrasting between loud noises and electronics. It never was much of a contrast, and their aesthetic put them closer to Celldweller than Issues. Treehouse is an opportunity to expand on their electronic side, but it doesn’t really do that either. This is the band’s most accessible and artistic record. If it was made by another band, it would be acclaimed as Indie Rock’s clever take on Trancecore.

The roots of Trancecore are here, but the approach is completely different. Trancecore/Metalcore is party music. It’s about slamming, having a great chorus and screaming profanities. I See Stars were more sophisticated about this than others, but “Ten Thousand Feet” still relied on the fun of the heaviness. They don’t go full EDM on Treehouse. Rather, they become softer, focusing more on beauty and vulnerability. Considering “Murder Mitten” is one of their best songs, this shouldn’t be surprising.

What is surprising is to hear such tenderness over breakdowns and wobbles. “Break” is the album’s defining moment. The chugging riffs with the wobbles are ready for a DJ set, but the context is different. There’s something so pretty and cute about Devin singing “Did your heart let someone in?” over twinkling electronics. It’s almost like they’re moving towards Midwest Emo. When the guitars hit again, it’s not so much ready for partying as it is the sound of the song’s subject breaking.

Wobbles and dance beats appear, but the departure of the loudest members lets the band experiment with a new kind of electronic. The sounds more warmer, more fragile. It has more in common with Skrillex’s soft work. The album’s obligatory detour into pure electronic territory isn’t a club banger. “Walking on Gravestones” is a slow dance track with chopped vocals. It’s more gloomy than Skrillex’s soft tracks, tackling that sort of nostalgia you feel at the end of a great social event knowing you probably won’t see those people event.

There are some heavy moments here, but now the band is liberated they sound even better. “Mobbin’ Out” is the closest they come to their old style, but even that song is bizarre. It has the fragility of the album, with verses sung over beautiful soundscapes. It all builds up like an EDM track to two different breakdowns with bass wobbles. What’s bizarre is that between those breakdowns, you still get the emotional resonance. In a way, it’s a misstep. It’s too heavy and fun to be beautiful but too beautiful to be in a party playlist. Still, it’s fun enough. “All In” is inspired by Trap without actually containing any Trap beats. At first it’s too much of a tease, but hearing semi-rapping over breakdowns is pretty cool.

In their previous efforts I See Stars forgot about catchy hooks. Their melodies were pretty, but not immediate. This is the same story here, but that’s okay. The melodies may not be immediate but they’re beautiful, especially when Devin lets the gentle side of his voice out. Pretty much every song here has such a moment that sounds so cute – “Light in the Cave”, “White Lies”, “Calm Snow”. They return to the teen atmosphere of The End of the World Party, only now it’s wide-eyed but scared. If that album was about a party full of weird people, this is the aftermath – when relationships fall apart and you sometimes have to say goodbye

Treehouse is a beautiful rock album. For once, the band doesn’t just tease something. It’s no longer a good Metalcore record with some EDM interludes or soundscapes. The band has a different promise this time, and they deliver it. Breakdowns, for a change, aren’t just heavy but add weight to an album full of beautiful melodies and soundscapes. I See Stars aren’t a part of any scene now. They combined their influence with a specific vibe they want and made an original album that anyone who likes guitars will find something to enjoy here. If this was a debut album by a new band, it’d get massive hype. 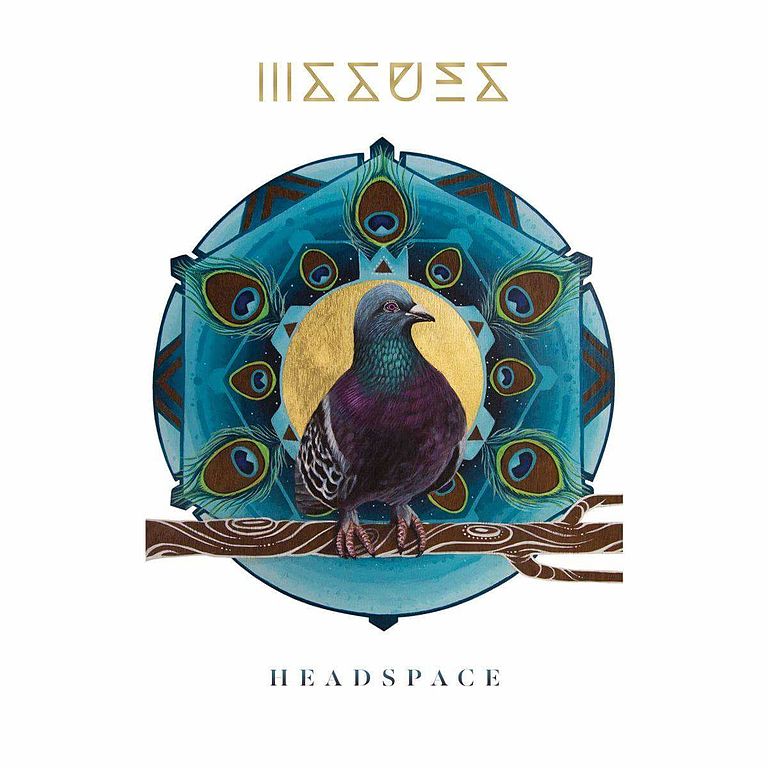 So far, the Nu Metal revival was great but a little disappointing. We got bands that mined the genre for emotional. It sounds impossible, but there’s beauty in Islander’s “The Sadness of Graves” or Of Mice & Men’s “Another You” that no other band in the style had. Others just knew how to rock. What the revival didn’t have was a band that captured the original weirdness.

Nu Metal was, at its heart, a weird genre. The reason critics and True Metalheads whined about it was because they couldn’t keep up. Bands switched vocal styles and genres but still kept it simple. You don’t hear a song like Slipknot’s “Only One” anymore – a mish-mash of three genres that’s accessible enough to play Tekken to. Issues finally deliver what the revival needed – an album that’s as bizarre as it is catchy.

It was so easy to go the other route. It was so easy to feed the mosh kids what they want, play 100 more breakdowns with the occasional R&B break. Instead we get “The Released”, which explodes with a funky riff, rapped vocals and then towards R&B singing all backed by Djent guitars. The second single “COMA” sounds even more like Periphery remixing a Justin Bieber song. Previous Trancecore band still had some aggression in their vocals, but Carter forgets he’s in a rock band. If I were a Slayer fanboy, I’d be offended.

The problem with mixing genres is getting the balance. Some bands merely add elements – a rap verse here or a bass drop there. The most frustrating ones add so much you can’t ignore, but never enough to break out of their subgenre. In their beginning, Issues’ R&B elements were hard to ignore but were also not enough. “Stringray Affliction” may be brilliant, but it’s a Metalcore song spliced with an R&B outro.

Headspace isn’t completely genreless, but it’s diverse enough to make it only fit ‘Rock’ or ‘Nu Metal’. It’s not even that the band isolates the styles, playing a Djent song and then a Pop song. The songs don’t even switch sections. It’s the method of picking small elements, mixing them and creating a whole song. “The Realest” is the best example of this. Despite mixing Funk, R&B, Djent and Hip-Hop it still sounds like a whole song rather than hopping from one thing to another. What’s more impressive is that these outside influence aren’t filtered. The rapping in “Blue Wall” and “Someone Who Does” is convincing. The two vocalist can produce a Rap record and no one would guess they have a Rock background. It’s also no surprise Carter released a solo record, because he never sounds like a Rock singer imitating Craig David.

As exciting as the sound is, there’s also disappointment. Issues never go full weird. There’s nothing like “Kobrakai” or “Nobody’s Listening”. While the band managed to distill their influence into a coherent sound, they’re afraid of expanding on it. The songs never differ too much from another. “Blue Wall” is feels like the most radical departure here, only because it commits itself fully to brutal slamming. None of the song commits itself to anything, but the band merely plays variations on a sound.

They got hook to back it up, though. The sound isn’t the only attraction here. Issues use their sound to dress up already great hooks. In fact, the album is ridiculosly consistent. The only missteps are, perhaps, “Yung & Dum” which feels too redundant in going on and on about how fun it is to be young. It’s easy to forget there were singles when the songs remain catchy all the way through. They also borrow Periphery’s songcraft. While still relying on choruses, the verses are often different and the songs conclude (“Lost-n-Found” gang vocals are an album highlight). The band doesn’t just wants to have a gimmick or hit singles. They produce actual songs.

Anyone who’s moderately interested in music should hear this. People who like heavy music can use this as a gateway to beautiful melodies. People who love hooks and clean singing can use this as a gateway to harsh vocals. Many will still dislike it. The typical criticism of ‘they have no direction’ and ‘they’re gimmicky’ will surface, but these are just Slayer fans being stupid or Indie fans not knowing how to have fun. It’s the Blue Lines of Rock – an album that mixes genres seamlessly, creating a consistent sound and plenty of great songs.

4 wastes of headspace out of 5